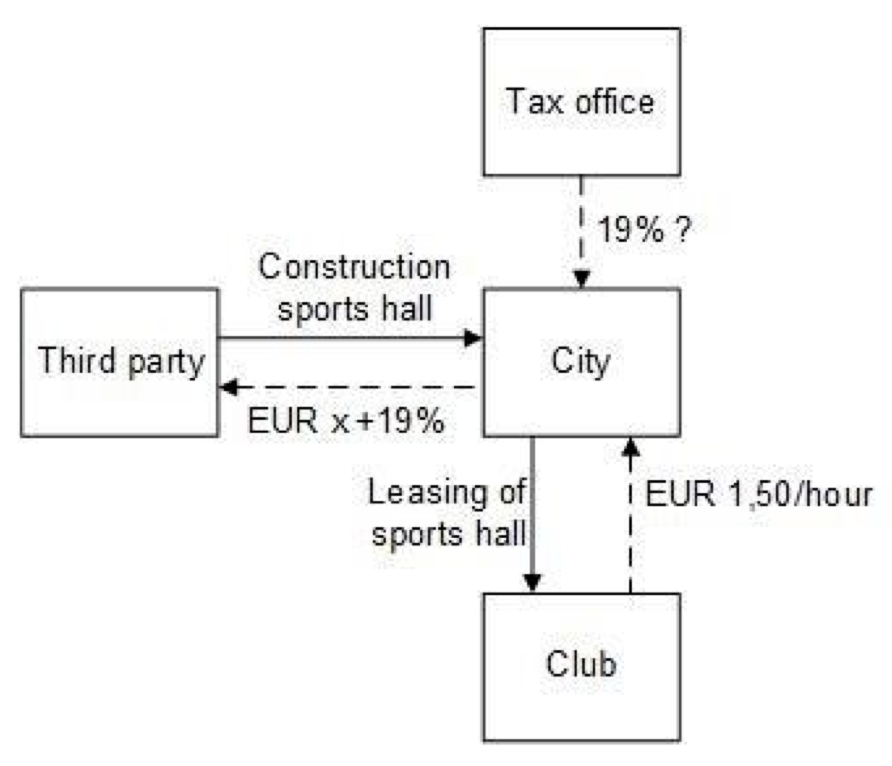 Overview of the most significant changes to the partial revision of the Swiss VAT law
as of January 1st, 2018

Overview of the most significant changes to the partial revision of the Swiss VAT law
as of January 1st, 2018

The following bodies are released from registration for Swiss VAT:

This is the worldwide turnover that is taken into account to determine the registration for Swiss VAT. All companies, whether located in Switzerland or providing services in Switzerland, carry out annual turnover of at least CHF 100,000 from deliveries that aren’t excluded from the scope of tax, will be subject to VAT as from 1 January 2018.

The reduced rate of 2.5% is applied to electronic newspapers, magazines and books without any advertising character defined by the Federal Council;

As from 1 January 2019, anyone who sends from abroad to Switzerland for at least 100,000 francs per year for small consignments whose importation is free of import tax (ie tax on imports does not exceed 5 francs) will henceforth be taxed in Switzerland.

With the exception of the rules on mail-order sales (Article 7, al.3 let.b LTVArev), the VAT Law and the Value Added Tax Ordinance partially revised will enter into force on 1 January 2018.

The Federal Tax Administration will also provide information on the most important changes in practice. Since the time between the adoption of the value added tax ordinance and the entry into force of the partial revision is very short, the revised publications will only be available in the course of 2018. However, the Federal Tax Administration will make every effort to respond as quickly as possible to any requests addressed to them.

The above information was kindly provided by Multifiduciaire Leman SA, Switzerland. If you need any further information you can contact Sandra Marques, email to: s.marques@multigroup.ch.

VAT taxpayers in Poland are obliged to report data from their VAT records to Tax Authority in the form of a Standard Audit File for VAT (SAF_VAT) by 25th of each month for the preceding month. So far, the obligation concerns:

The Ministry of Finance, taking into account the experience of both entrepreneurs and the tax administration, has consulted with taxpayers on the obligation to submit the SAF_VAT. The consultations were conducted between July and August 2017, specifying two objectives:

KR Group was one of the very active participants in the consultations.

The results of the consultations have been as follows and would be effective as of January 2018:

We can expect these changes to speed up the completion of the SAF file. The additional email contact field will help taxpayers to correct errors in the uploaded files. These changes and the way they are introduced, taking into account the opinions of entrepreneurs, should be considered a step in the right direction.

The above information was kindly provided by KR Group TAX LLP, Poland. If you need more information, please reach the specialists in KR Group’s VAT Compliance team in their Warsaw office: Gerard Goliasz, at: g.goliasz@krgroup.pl and Renata Organek at: r.organek@krgroup.pl.

According to the findings of a study which appeared in an economic magazine some days ago only one out of ten companies within the scope of the SII (around 62,000) were fully compliant with the obligation resulting from the same since, in most cases, they were not aware of them.

Perhaps this is the reason for which the Spanish VAT authorities have started an information campaign as regards those companies which are not SII compliant, either because of their failure to provide any SII information at all or, where such information was provided, it was not consistent with the data that was declared in the corresponding monthly VAT returns (form 303).

The communication from the tax authorities reminds not only of the possibility that the company’s behaviour may give rise to the imposition of penalties but, also, as to the risk that the deduction of the input VAT declared in the returns may be disallowed.

This later warning implicitly refers to article 99, 3 of the Spanish VAT Law which, for the case of a tax review taking place following a previous notice from the Administration, conditions the deduction of the input VAT quotas included in the VAT return to the fact that the same have been properly registered. If not, the deduction could be done at the period when such registration takes place (please notice that, according to article 166, 2of the Spanish VAT Law, taxable subjects are obliged to reflect all the business transactions in their VAT registers within the dead-line to file the corresponding VAT returns).

The above information was kindly provided by IVA Consulta, Spain. If you need any further information you can contact Pablo Lujan, email to:  pablolujan@ivaconsulta.com.

Service offerings below cost price often result in an excess of input VAT. At the end of 2016, the V. Senate of the German Federal Fiscal Court assumed that an emerging asymmetry would indicate that the person performing the supply was not acting as a taxable person. In this case, VAT deduction would not be possible. A new judgment of the XI. Senate clarifies that, when checking if a person is acting as a taxable person, all aspects of the individual case must be taken into account in an overall assessment. The decision, regarding the public sector, might also ultimately impact on the private sector.

A city leased a sports hall to clubs by means of private agreements. On the basis of a table of charges, the city levied a lump sum to cover the operating costs of EUR 1,50 per hour for the lease to the clubs. By so doing, the city achieved a cost recovery of 12,03%. The city requested that it be permitted to deduct VAT from the hall´s construction costs, insofar as it was proportionate to the leasing of the sports halls to the clubs. Due to the high construction costs and the low charge, an excess of input VAT occurred. The tax office denied the requested VAT deduction.

The decision of the German Federal Fiscal Court (judgment of 28 June 2017, XI R 12/15) is to be considered in the context of two other judgments on the same subject. In the decision of the ECJ in the case Borsele (concerning school transport provided by a municipality), a deduction of VAT was not possible with a 3% cost cover. The ECJ ruled that the municipality was not economically active and therefore not a taxable person. In another decision involving a municipal sports hall, the V. Senate of the German Federal Fiscal Court referred the procedure back to the tax court. The tax court has yet to clarify various aspects of the case in order to be able to assess whether the municipality is economically active (V R 44/15). The XI. Senate of the German Federal Fiscal Court has now decided that the city is entitled to deduct VAT in this individual case. The decisive factor was the fact that the city was acting as a taxable person when the sports halls were leased to the clubs.

Like any other person, a legal person under public law is only a taxable person if it carries out an economic activity. First of all, there needs to be a supply for consideration. It is vital that there is a direct connection between the supply (leasing of halls) and payment. The amount of the payment is irrelevant when it comes to determining the direct connection. This direct connection was established in the specific case as a result of the concluded contracts.

Such a supply is necessary but is not, in and of itself, sufficient for an economic activity to be found to exist. An overall assessment must also be carried out. In this case, all circumstances must be considered, including the following:

The German Federal Fiscal Court expressly clarified that the request for VAT deduction is not an abuse of rights, although it results in an excess of input VAT as there are extra tax considerations for the cost over. The German Federal Fiscal Courts are equally clear with regard to the determination of the taxable basis where the consideration is lower than the open market value. Sec. 10 para. 5 no. 1 German VAT Act is not applicable to legal persons under public law, either directly or analogously.

In the planning of unprofitable activities (ie the activity did not have a profit making objective), legal persons under public law, as well as subjects governed by private law, will have to take into account the aspects mentioned by the German Federal Fiscal Court in its consideration of the individual case. Against the background of sec. 2b German VAT Act, it can be in the interest of the public sector not to pursue an economic activity in order to be able to provide non-taxable supplies. However, as this case study shows, it can also be important to carry out an economic activity in the case of high input VAT volumes.

The German Federal Fiscal Court did not expressly deal with the decision of the symbolic charge. The tax office expressly stated in the proceedings that such symbolic charges existed. It can be inferred from this that the German Federal Fiscal Court will probably continue to decide such similar cases on the basis of the feature “economic activity” rather than the symbolic charge. This is understandable in the light of the comments made by the ECJ in the case Hotel Scandic Gasabäck. If the charges are part of an economic activity, they are not “symbolic”.

The above information was kindly provided by Küffner Maunz Langer Zugmaier, Germany. If you need any further information you can contact Dr. Michael Rust, email to: michael.rust@kmlz.de.